Both the Malaysian winners stand a chance to advance to the regional level of the competition where they are in the running to be sent on a once-in-a-lifetime 6-week-all-expense paid Design Discovery programme at the Harvard Graduate School of esign in Boston, USA.

This follows the establishment of the Gennosuke Obata Fellowship at Harvard, an esteemed partnership that provides both parties with the opportunity to exchange cross-cultural ideas and values.

For the past 13 years, AYDA has aimed to inspire young designers to elevate their creativity and innovate their ideas to push above and beyond the norm to create outstanding professionals in the architectural and interior design industry. 2020’s theme “Human-Centred Design” encouraged designers to further explore their problem-solving skills by developing designs that is intuitive to its intended users’ needs and wants.

The winners for this year, Dayana Aripin and Lim Yee Fah took home a cash prize of RM5,000 along with the prestigious title of ‘Gold Award Winner’ in the Architectural and Interior Design categories respectively.

Gold Award winner Dayana Aripin realised an opportunity to uplift the lives of her fellow Penangites as they were facing gentrification due to the rapid development of urban areas and change demography within the local community.

She then developed a design that not only revitalises the heritage and culture of Penang but also provided affordable homes. As the idiom goes, ‘to feed two birds with one seed’, Dayana achieved precisely that through her Micro-housing proposal.

Commenting on her design, Micro-housing Within Heritage, Dayana Aripin said “Penang has lost its culture and heritage due to overcrowding of tourists and the Rent Act that was introduced back in 2000.

“I strongly believe that these issues can be solved through micro-housing in pocket spaces within the heritage zone. It is a project that I personally think is possible and to be able to turn it into a reality will be a dream come true. I’m excited to see what’s in stored for me next.”

In the Interior Design category, Gold Award winner, Lim Yee Fah’s proposal entitled, ‘Wo.Men’, is a refreshing take on an empowerment centre that equips women with life training skills and doubles as a center of refuge for single mothers and women who had suffered abuse and domestic violence.

‘Wo.Men’ or ‘ 我们 ’ which means ‘us’ in Mandarin is envisioned to be a safe haven for women and a fresh start for all who seek.

Lim Yee Fah’ on her design ‘Wo.Men’, said that, “My intention is to create a safe and affordable living space for victims of domestic abuse, single mothers and women to be able to learn, grow and heal.

“I would have never guessed that this idea would bring me this far. To be the gold winner for this year’s competition feels surreal. I am delighted that my decision to push out of my comfort zone has earned me this opportunity.

“I want to thank the judges for all the guidance and feedback, I have grown so much and I can’t wait for my next journey to learn even more.”

Mr Yaw Seng Heng, Group Managing Director of Nippon Paint Malaysia Group, said, “As we enter into the 13th year of AYDA, I’m proud to know the immense value it still brings to the table.

“AYDA is more than just a competition, it is a platform that nurtures the future generation of designers, allowing them to reach their fullest potential.

“This platform was initially conceptualised to be gathering of like-minded individuals who sought to pool their resources and share their collective vision, to leave behind a brighter future. “

The continuous collaborative efforts from all partners have made the AYDA programme a success year after year. – Edisi 9 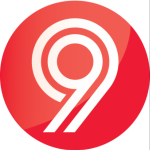